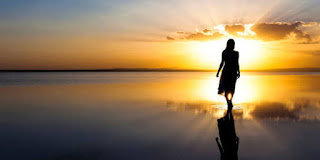 Happy New Month, may this month of March elevate and uplift us on all sides.

“We see, then, that they were not able to enter the land, because they did not believe” – Hebrews 3:19 (Goodnews Bible)

“So God’s rest is there for people to enter, but those who first heard this good news failed to enter because they disobeyed God” – Hebrews 4:6 (NLT)

“Let us, then, do our best to receive that rest, so that no one of us will fail as they did because of lack of faith” – Hebrews 4:11 (Goodnews Bible)

The Israelites’ lack of faith led to their disobedience. This made me ask ‘why really do we disobey God’?  The Holy Spirit made me understand that, we disobey because we do not believe. Would you really not obey God’s instructions if you truly believed Him? Every act of disobedience is a function of our residual unbelief. We are unable to obey God as we ought to because we do not believe Him enough. This issue of faith is the anchor to a life of triumph. That is why every battle we face as believers is an attack at our faith.

There is this story of a blind girl who was on a burning storey building. The fire service officials evacuated everyone else but her because they did not see her at the time of evacuation. While the other victims were downstairs, this girl perceived smoke and made her way to a window around the building. The fire service officials saw her and began to persuade her to jump because the fire was really getting unquenchable, she told them she couldn’t see hence she cannot jump. Somehow they got her father to the scene and her father told her to jump that he would catch her. At her father’s word, she jumped and he was there to catch her. Why did she jump at her father’s word? Because she believed he would catch her from falling. Why did she not obey the fire service officials? She did not believe them enough. This is the scenario most of us find ourselves in.
Unfortunately, we are quick to put God in the shoes of the fire service officials rather than that of a father. We do not believe God enough, consequently, disobedience follows.  Until we tackle our unbelief and grow our faith, the journey of obedience to God will not start.

Let’s say this prayer together:
Dear Father, forgive me of every unbelief and disobedience to you. I know better now, help me to stay in your word and build my faith in you daily even as I put on the shield of faith at all times.