You Are Being Built 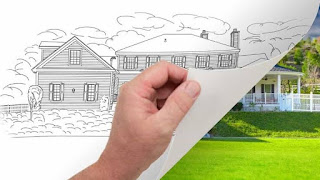 I hope you know how much God loves and is mind-full of you. I have wanted to write to you for so long now, but I kept telling myself, “i will get to it”, and alas, we are now in April. Can you believe we are in April already?!

I trust God that this write up meets you in good spirits. God is so merciful.

Earlier in the year, January to be precise, the Holy Spirit instructed me to reread the story of Joseph and this time, I had the nudge to list point by point the career lessons from him. The way I was inspired to pen these lessons was as though I was preparing to use them for a speaking engagement. I stalled a little because the story is one I have read severally and wondered why writing it in the way I had been inspired to matter, especially as it is one of the major cruces of my book - The Millennial Employee.

Eventually, I obeyed and studied the story as I was inspired. January and February passed. I had no reference to it and even forgot I did the exercise.

Fast forward to the second week in March, I was invited to speak at the maiden edition of my Church's Job Seekers Summit. I was informed on March 9 that I was to speak on March 10. I had 24hours barely to prepare. But, God knew this day was ahead when, in January He inspired me to study the story, write out the points and the corresponding Bible verses the way I did.

God is such a good father - He prepares us for what is ahead. The question, though is, do we give ourselves to the process and discipline he requires from us? Are we humble and committed enough to handle the requirements of the assignment ahead?

Yes, we have been ordained as kings and priests from the foundations of the world, notwithstanding we need to go through the process of preparation. Sometimes it is our unwillingness to yield to these preparations that delays our promotion.

In our kingdom, preparation precedes promotion. Look at Joseph, David, Esther, Daniel; they all went through the preparation process before their promotion ‘came’.

In Psalms 105:19, the bible says until Joseph's word came, his character was tested.

Beloved, I urge you, don't neglect the process God is taking you through now; your character is being built, you are being prepared, and your promotion is ahead.

Have an Abundantly Blessed April!