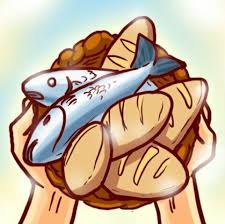 Growing up, I remember whenever it was about to rain, we would line buckets outside, positioning them directly under the roof to get a good amount of water from the downpour. Those buckets were filled most of the time, and we would have to get other buckets till the rain stops or till will run out of buckets. However, there were few occasion that we had to take our buckets in without water, but even in those times, there was the peace we had that we had prepared; the rain just was not enough.

Preparation makes one feel empowered, and beyond empowerment, it is an expression of faith. It takes faith to prepare for what is not seen. A pregnant woman believes she would give birth, so she goes shopping.
Like Noah, he believed God would send the flood, so he built the ark.Remember the Widow in 2 Kings 4, whose oil multiplied? The oilmultiplied until she had no empty containers then the oil stopped. Had she waited to see the oil multiply before getting containers, she would never have seen the multiplication. As believers, God prides in us when we move by faith, for without faith, it is impossible to please God.
Taking steps at the word of God I have come to realise is one of the secrets to more than enough. Peter had toiled all night, and Jesus told him to launch his net, and after explaining his efforts, he said: “nevertheless at thy word…” What is God telling you to do this season?Which course is he leading you to take? What unpopular move isdirecting you towards? How is He asking you to enlarge your capacity?
Enlarging your capacity before seeing is what qualifies you toreceive. In our kingdom, we don’t see to act, we act to see.Let me wrap this up with Isiaih 54 verses 1-4 (MSG):“Sing, barren woman, who has never had a baby. Fill the air with song, you who’ve never experienced childbirth! You’re ending up with far more children than all those childbearingwomen.” GOD says so!Clear lots of ground for your tents!Make your tents large. Spread out! Think big! Use plenty of rope,drive the tent pegs deep.You’re going to need lots of elbow room for your growing family.You’re going to take over whole nations; you’re going to resettleabandoned cities.Don’t be afraid—you’re not going to be embarrassed. Don’t holdback—you’re not going to come up short.”
From the above verses, we see God told the woman to first make room for more than enough, only then will she experience more than enough.
Again, I ask, what has God told you to do to experience more thanenough? Get working Sis!Loads of love,Your Sis